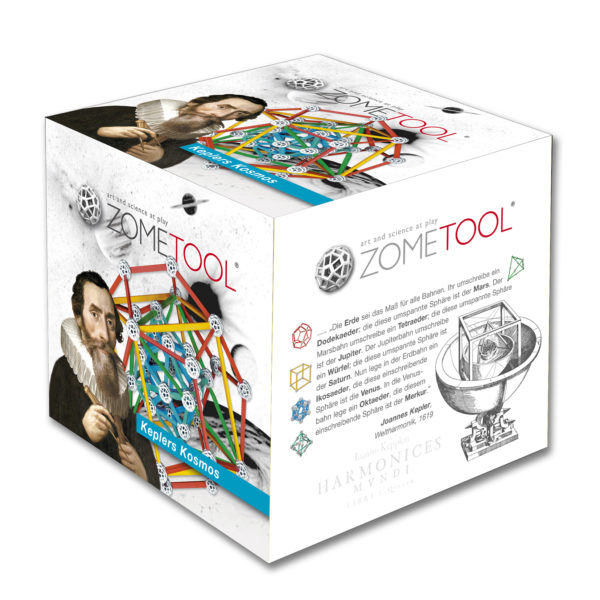 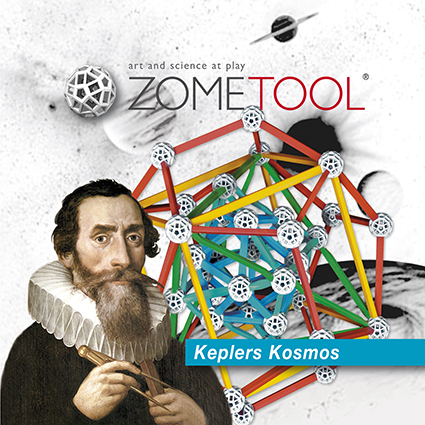 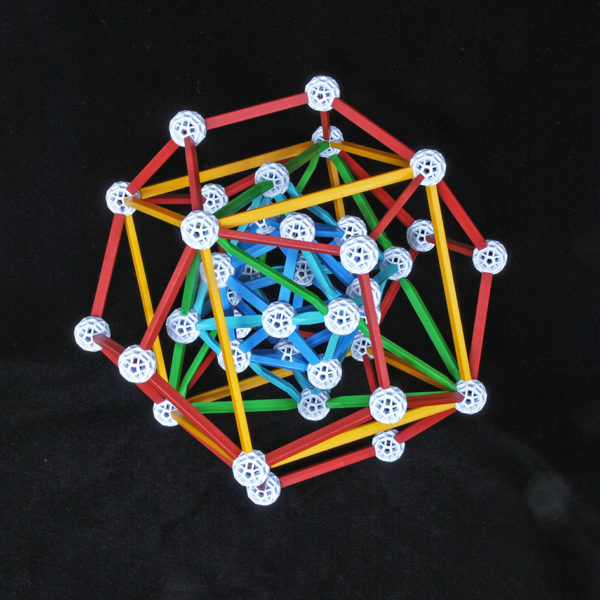 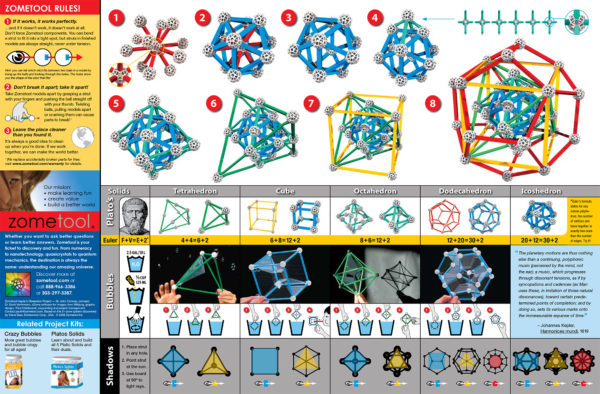 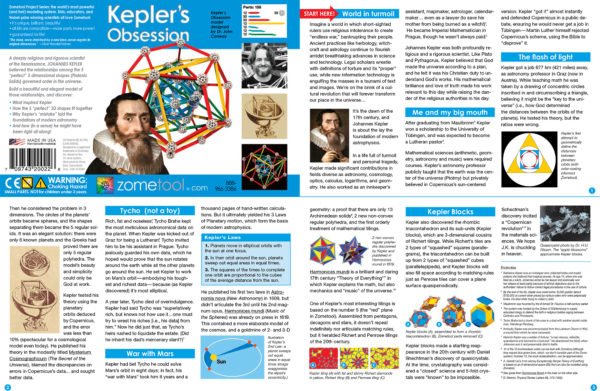 Sometimes the best discoveries are a mistake, as was the case with the German mathematician, astronomer, and astrologer, Johannes Kepler (1571-1630), who thought that the universe was ruled by the relationship between the five perfect bodies— the earth, air, fire, water, and the universe. He believed in a geometric basis for the universe and thought the planets were arranged in their orbits thanks to these five 3D forms. It turns out he was wrong, but his research was the beginning of the foundation of modern astronomy, and his work is celebrated in this fun construction game that invites children to create their own nested Platonic solids with this incredible model proposed by renowned mathematician John H. Conway.  Download instructions for Kepler’s Kosmos here.