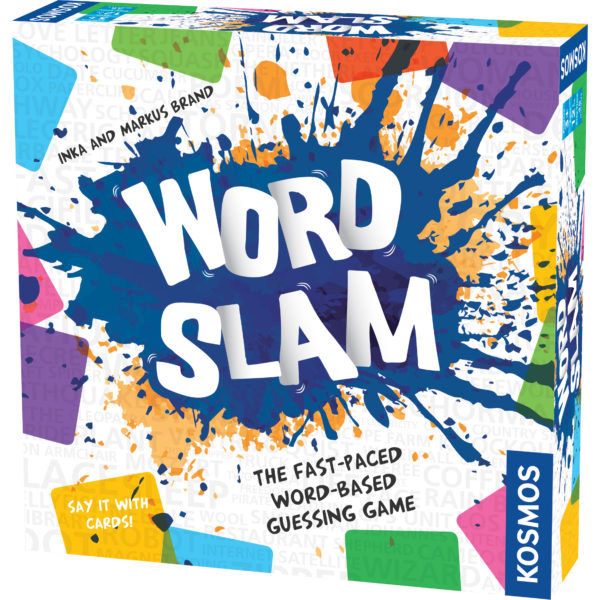 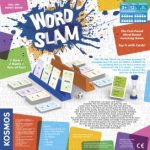 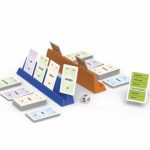 “EAT, YELLOW, CIRCLE. Do you mean pancakes? Or pineapple rings?”
“Oh wait, the CIRCLE is DIVIDED? So something that you eat that is yellow and semicircular? Uh, is it, maybe … a banana?”
“Yes, the answer is banana! One point for the Blue Team!”

In Word Slam, two teams each have a storyteller. The two storytellers are given the same answer term. Playing at the same time, they must give clues to their teams so the teams can correctly guess the answer. And they must do this quickly, because they are racing the timer and each other. But it’s not that easy. Speaking and acting is absolutely forbidden for the storytellers! They must tell their stories using only 105 cards, each with one word on it: a noun, verb, adjective, or preposition.

The storyteller must be creative in using this limited vocabulary to tell the story. And the team members must think quickly and nimbly to interpret the story cards. The team that correctly guesses the answer first gets a point, and the team with the most points at the end of the game wins.

It’s like charades, but instead of acting, you can only communicate with word cards!