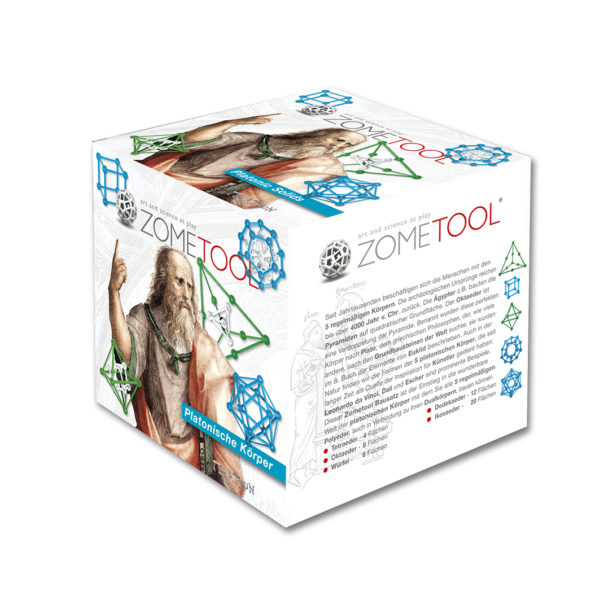 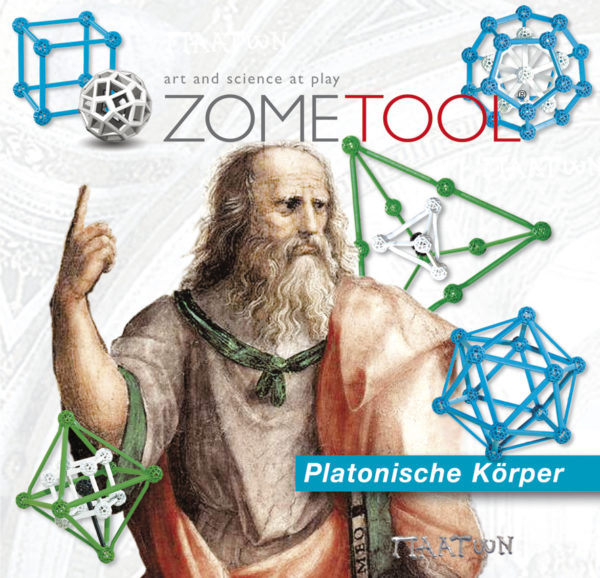 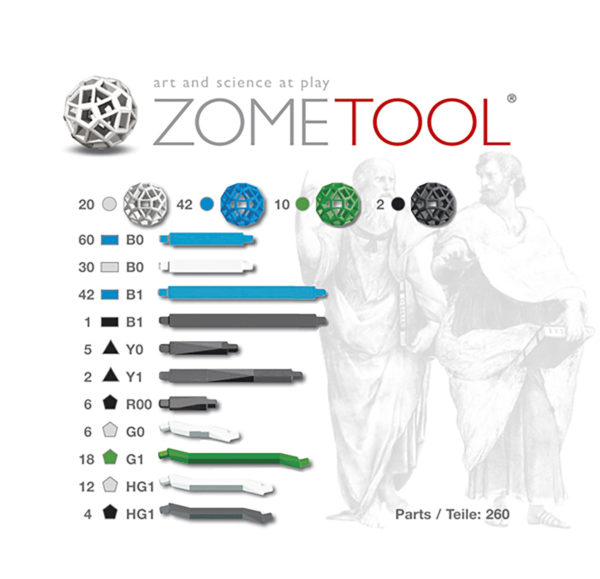 In three-dimensional space, there are only five solid shapes that are constructed with congruent regular polygonal faces, and they are called the platonic solids. They are named after their number of sides — Tetrahedron for the triangular pyramid, hexahedron for the cube, Octahedron for the eight-sided form, dodecahedron for the 12-sided solid and icosahedron for the 20-sided shape. Scientists, artists, and philosophers have been studying them for centuries and now your children can advance science with their own experimentation thanks to this new Platonic Solids construction set from Zometool.