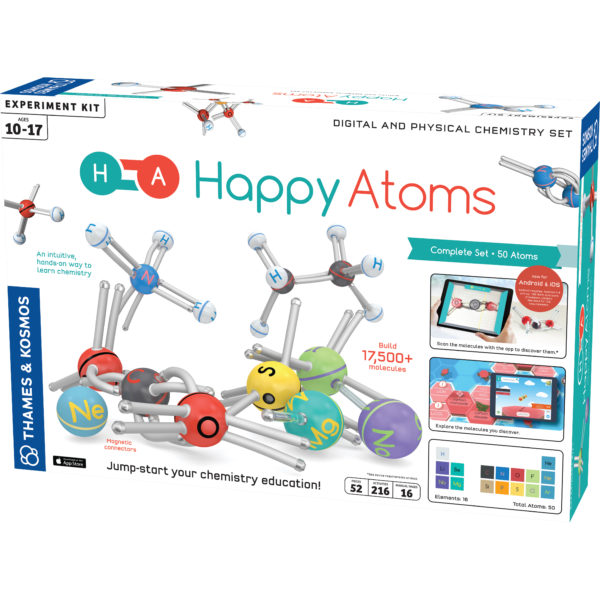 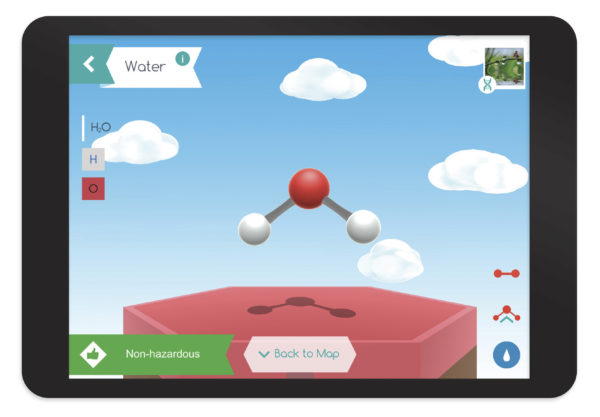 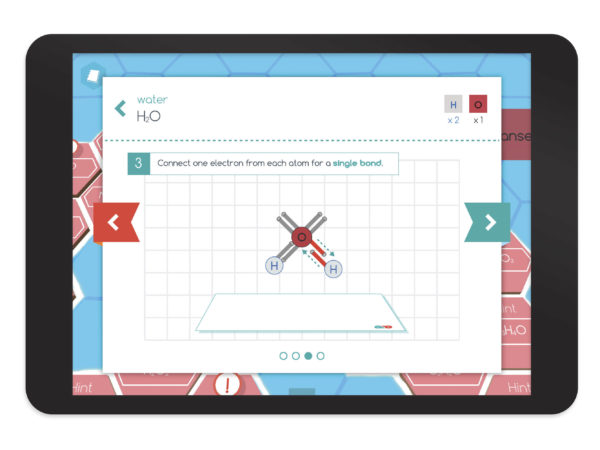 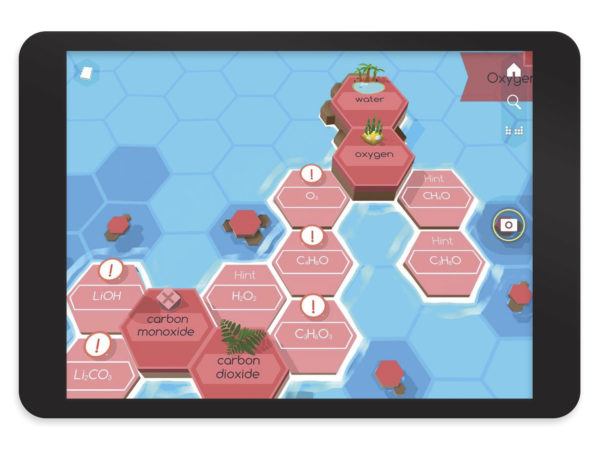 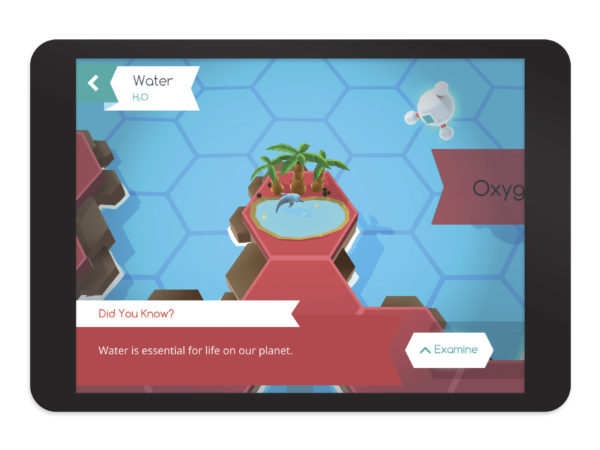 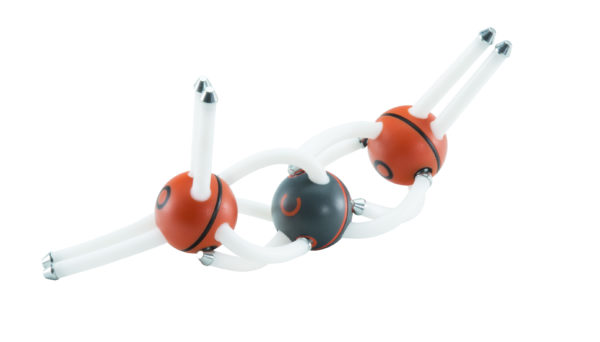 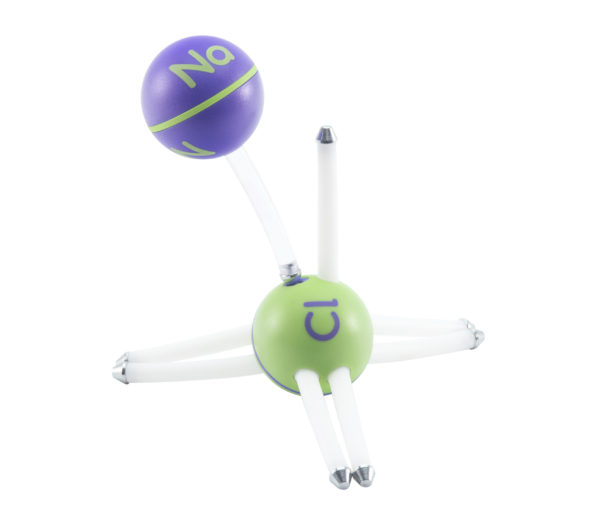 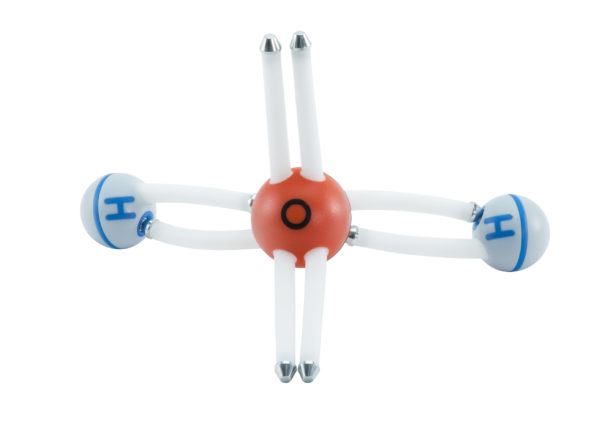 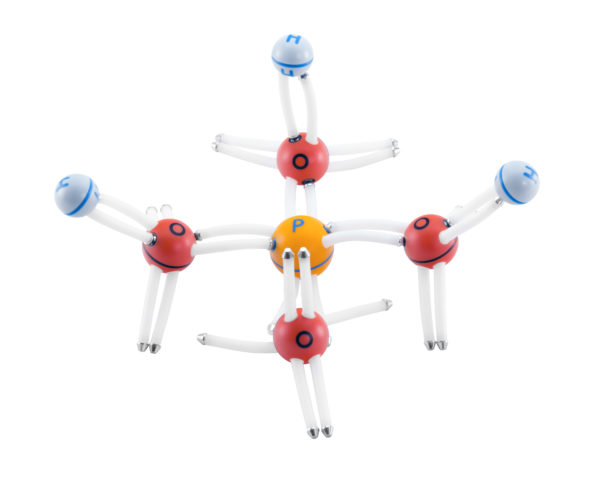 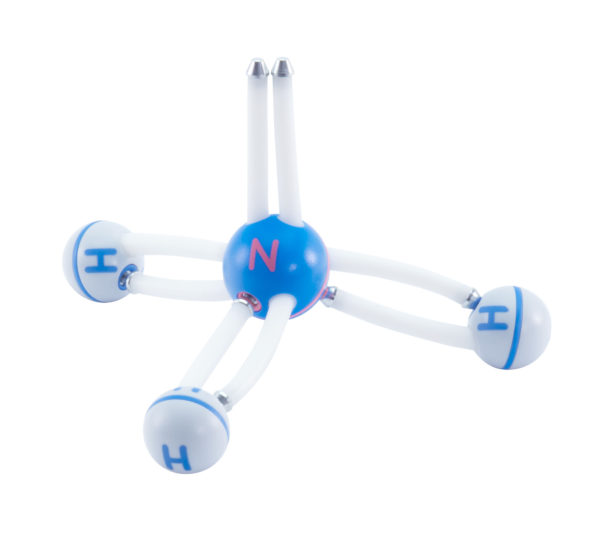 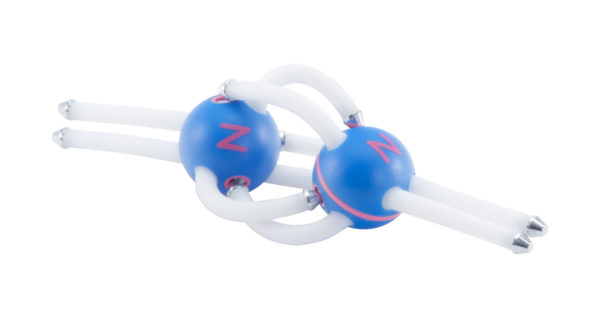 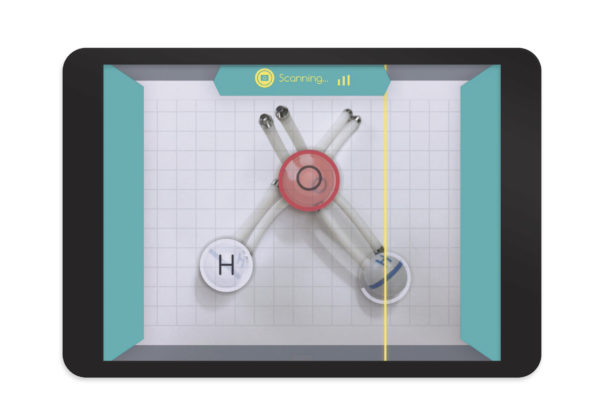 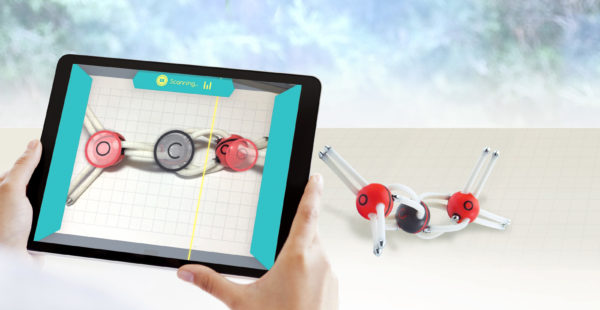 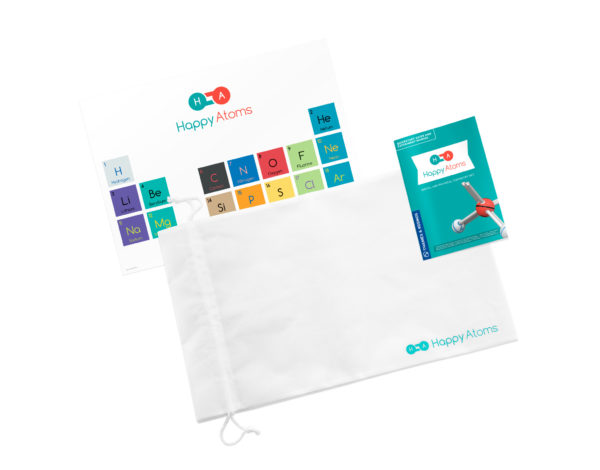 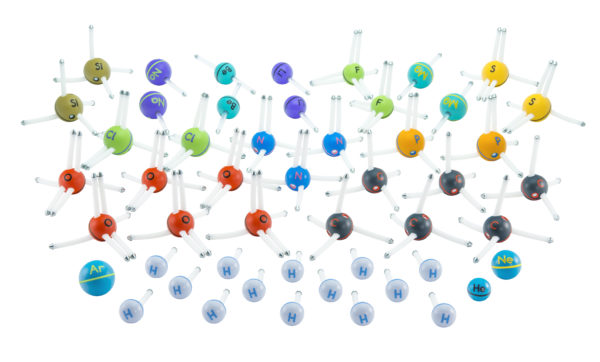 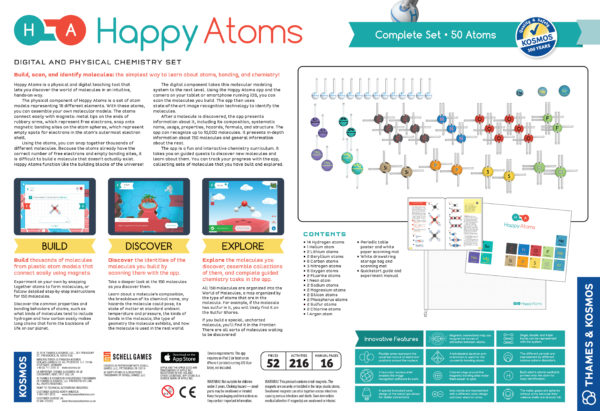 Chemistry is the science of materials, their properties, and how they react with each other. All materials are made of atoms. Why do some atoms combine with each other while other atoms do not? Because atoms just want to be happy!

Of course, atoms don’t really have feelings. But they do have observable behaviors. And atoms tend to be more stable, or “happy,” when they have certain numbers of electrons whizzing around their cores. Where do they find extra electrons if they need more to be happy? From other atoms that have too many electrons, of course! When atoms share or exchange electrons to be happy, they stick together. Happy atoms form molecules!

With this revolutionary approach to teaching chemistry, you can make your own happy atoms! This physical and digital system lets you discover the world of molecules in an intuitive, hands-on way. Using a set of 50 atom models representing 16 different elements, you can assemble your own molecular models. The atoms connect easily with magnets: metal tips on the ends of rubbery arms, which represent free electrons, snap onto magnetic bonding sites on the atom spheres, which represent empty spots for electrons in the atom’s outermost electron shell. With the Happy Atoms Complete Set, you can snap together thousands of different molecules. Because the atoms already have the correct number of free electrons and empty bonding sites, it is difficult to build a molecule that doesn’t actually exist. Happy Atoms function like the building blocks of the universe!

The digital component takes this molecular modeling system to the next level. Using the Happy Atoms app and the camera on your tablet or smartphone, you can scan molecules you build. The app then uses state-of-the-art image recognition technology to identify the molecules. After a molecule is discovered, the app presents information about it, including its composition, usage, properties, hazards, formula, and structure. The app can recognize up to 10,000 molecules. It presents in-depth information about 150 molecules and general information about the rest. The app is a fun and interactive chemistry curriculum. It takes you on guided quests to discover new molecules and learn about them. You can track your progress with the app, collecting sets of molecules that you have built and explored.

Many people think of chemistry as complicated and hard to grasp. New technology now enables us to take this innovative approach to teach chemistry, making it more tangible and instinctive than ever before. Requires a tablet or smartphone running iOS 8 (or later) or Android 4.4 (or later, with 1GB RAM, dual-core processor, and camera).